With April 15th right behind us, I thought this would be as good a time as any to write about the fun topic of Audit and Tax Prep fees for companies. I know you’ve been waiting for this, so here it goes…

While audits can sometimes feel like overkill for startups (certainly early ones), they’re generally pretty good hygiene. As a practical matter, most lenders will require them, so if debt is a potential part of your cap structure you’ll eventually need one. And most major investors will also require annual audits (we sometimes waive this for seed stage companies, although even then it can make sense). And, of course, if your company is acquired you’ll typically need to provide audited financials to the acquiring company.

First, let’s talk about who is doing the auditing. There are plenty of solid providers out there, including your brothers’ friends’ wife (more on that later) for all sizes and types of companies. Most of our companies start with a firm outside of what’s commonly referred to as the “Big 4” (Deloitte, E&Y, PwC AND KPMG). Most typically companies use a firm from the tier just below that, although we do occasionally have firms use a regional auditor. There’s nothing wrong with that approach, but do keep in mind that as your company grows you may find yourself in the position of outgrowing your firm’s capabilities. In my almost 20 years in venture we’ve seen the big audit firms come in and out (and in again) of the venture stage company market. They’re not set up to compete well on price for smaller companies but when they’re “in” market they’ll discount for a year or two with the hopes that venture companies grow quickly to mid-stage companies and better fit their fee model. When that doesn’t happen there can be some conflicts as the larger audit firms try to push on pricing and/or use more junior staff to save margin. Selecting an audit firm is typically a multi-year commitment (and should be – bouncing around from firm to firm is time consuming, looks like you’re trying to hide something, and creates inconsistencies). In fact, we typically recommend that when you are bidding out audit that you get multi-year pricing to be sure expectations are aligned on both sides.

I was curious what fees we were seeing in the portfolio at Foundry so we sent a survey to some of our CFOs to get a sense for what firms they were using and what they were being charged. The charts below are based on those responses (18 in total, so just a sub-set of the portfolio). 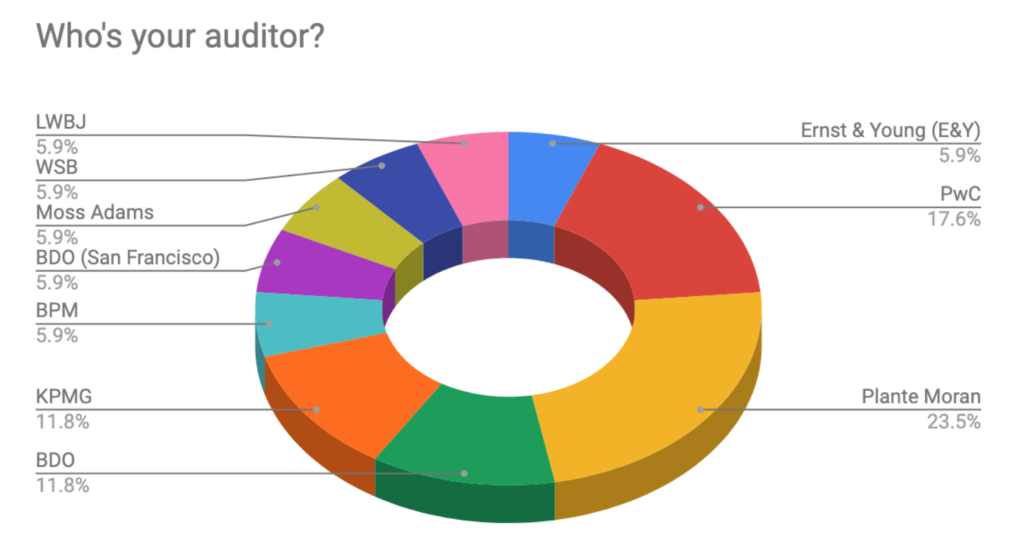 You can see what I was describing above. Some of the companies in our survey do you Big 4 audit firms, but the majority use someone from the next tier down. 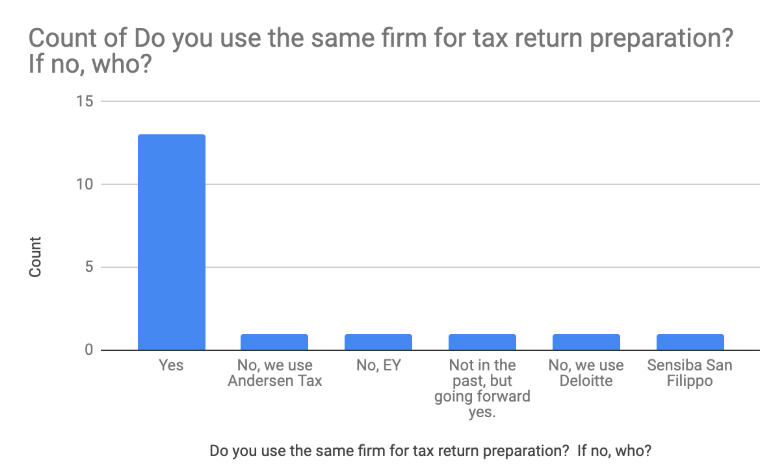 Here’s the key slide and what led me to the survey in the first place; fees. This generally falls in line with what I expected – there’s an audit floor in the $25k range that’s hard to get much below, but it doesn’t really start scaling until you reach $10M or more in revenue. From there it does scale up, but is dependent on factors such as the complexity of your revenue recognition, the number of jurisdictions you operate in, etc. 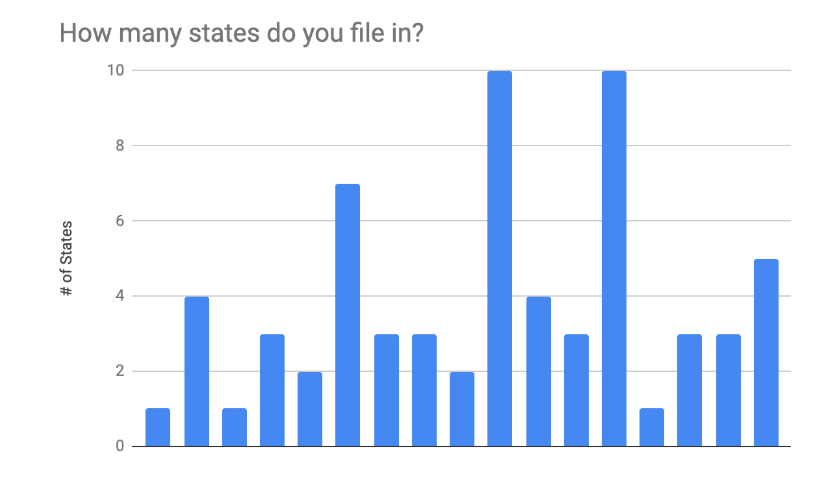 Hopefully these data are directionally interesting and helpful. We’ll plan to run this survey regularly and pull in some more data points.