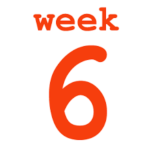 I wrote a couple of weeks ago about settling in and some of the challenges of accepting what is now our new normal. Covid-19 has completely upended everyone’s life and created a massive amount of uncertainty. But, at the time, I wrote that it felt like things were starting to settle in – that many were getting used to their new routines and accepting, if not embracing, the lack of clarity around the future. Rolling forward to this week and it feels like this has changed a bit – at least temporarily. During a number of conversations this week, I’ve noticed a difference in how people are feeling, and to the acceptance that I think most of us had internalized up until now.

People have started hitting a wall.

Frustrations are coming from different places: There is uncertainty about when we might be able to start moving around more freely. There is conflicting advice about when and how things will open up (in Colorado for example, the state has one set of guidance, my county has another set; other states are already open while California has said they’ll be closed through at least June 1st; and to add to that confusion there is zero guidance and leadership coming from our national government). Parents, many of whom have been trying to balance work, parenting and being school teachers, are getting frustrated and worn down; on top of that, they don’t know what’s coming this summer and if their kids will be able to go to camp. Everyone has a certain sense of being tired of the same scenery every day as well as a continued overarching concern about others in our community and about our economy more generally (today’s GDP news was just a harbinger of what will be unprecedented contraction when the Q2 numbers come out). Many of us now know people who have not only gotten sick from COVID-19 but know someone who lost a family member or close friend. And on top of all of that is the lack of clarity about when things will really begin to change (my partner Brad wrote an excellent post on the disorientation this is causing a few days ago).

I think it’s important to acknowledge that this monotony and constant worry is hard. Given how frequently I’ve heard people talk about this this week, I’ve started calling it the “Week 6 Slump”. I don’t know what the magic is about week six but if you’re feeling this way, you’re not alone. And while I know we still have weeks – perhaps months – of this left, I do know we’ll get through it. Hang in there.